The HighBoy turned one. Won a business challenge. Won best new design blog for its editorial. Was a finalist at a startup competition. I got a spot at the coveted Goldman Sachs’ 10,000 Small Businesses program. And then I walked away.


I took my daughter to London. I went to Los Angeles, Atlanta, Nashville, Boston, and New York. Twice for the latter two.


Many people told me along the way that I couldn’t walk away. But I did.


When I was in kindergarten, we had an end-of-the-year show in which my class performed “New York, New York” and the other kinder class performed to “Surfin’ USA”. One girl, Shannon Kolinski, got to lead for both classes. I went home and asked my mom: “Why not me?”


I’ve been asking that question for a long time. “Why not me?”


When I was 10, the Miami City Ballet decided to create a new production of George Balanchine’s The Nutcracker. They announced open auditions for all of the children’s roles via The Miami Herald. It was an epic event with a few hundred children showing up. They were so overwhelmed, that entire groups of children didn’t even get a chance to try out, my sister included. I got a role as an “angel.”

Because I was exceptionally short for my age, all of the other angels were much younger than me. I was not amused. But my mother insisted it would be a wonderful experience to see the professional dancers up close and I stuck with it.
When I found out that one of the girls performing the lead role was one year younger than me, I asked: “Why not me?”


She was the director’s daughter.


The following year, I got the lead role. For the first time I knew, it can be me.


Two year’s later, the ballet master who’d put me in that role suggested I audition for the School of American Ballet in New York City. And I got in, it can be me.


The following year, he suggested I try out for The Harid Conservatory, where the incoming class was 10 dancers. And I got in, it can be me.


While at SAB for a second summer, The Royal Ballet of London was performing at the Metropolitan Opera House. They needed a few supernumeraries and posted a call in a hallway. There were over 100 girls at the audition, girls from all over the country who had already beat out hundreds of others to get into SAB. Girls who went on to become soloists and principal dancers in the country’s best companies.
The audition was on my birthday. Anthony Dowell picked me first. It can be me. It was me.


This year, as I examined my surroundings, evaluated what I was doing and found myself filled with a longing to do something different, something more. A singular thought ran through my head: “Why not me? I know, it can be me.”
And so I walked away. Walked away from almost 15 years in an industry I hadn’t chosen but had chosen me. 15 years filled with exploring and traveling and learning. 15 years of living and loving. But I knew it was time. Time for me to be fearless again. Time to show up and know that I’ll be first. Because it can be me. It will be me. It is me.

Brava Olga. Your decisions have always been growth producing and adventurous. As I follow your path, I realize how wise and brave you are. You are a true leader, innovator and role model. By the way, you cannot be 35! Merde on your new journey. What a beautiful life. What a beautiful soul!

Olga may your adventures be endless. Your zest for life is infectious and an example for all. I look forward to reading more. Happy New Year my dear!

Goose bumps. You gave me goosebumps. What a wonderful new adventure you're on... learning who are you next. Can't wait to share the journey with you. 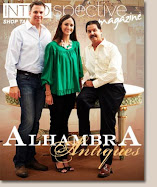 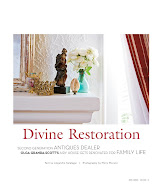 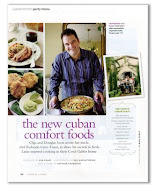 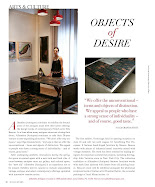 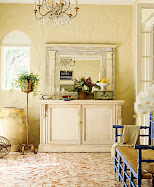 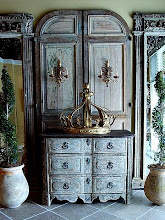